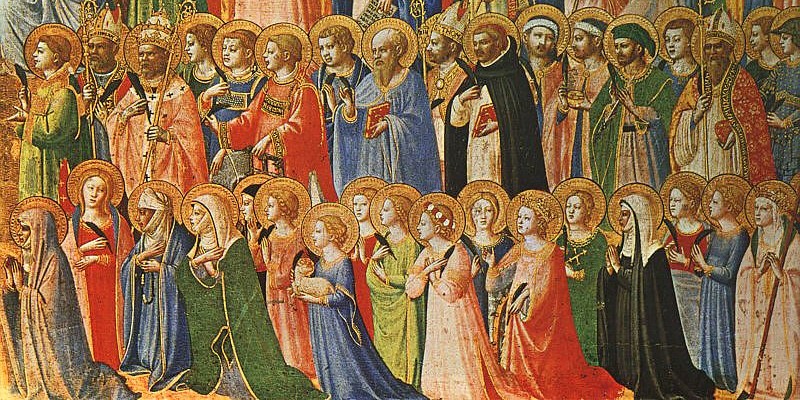 In the middle of the 19th century the area bounded by St. Clair Avenue, highway 401, Keele Street and the Humber River was on the outskirts of Toronto as we know it today. Settlement along the riverbank, rapid industrialization and the arrival of the railroads from the 1850s onwards brought many settlers to the area. Millers, farmers, tradesmen and merchants, they were mostly of British origin with their roots in the Church of England.

In response to this growth, the Anglican Diocese of Toronto established several mission churches under the leadership of local established congregations.  The people of the new parish of St. Mary and St. Martha find their roots in these vibrant mission churches.

In May 2015 the four churches voted to amalgamate, and the first service of the new Church of St. Mary and St. Martha was held on October 11, 2015. Since then we have been growing as one joyful congregation learning to love and serve God and our neighbours in the Weston-Mount Dennis area.

The Church of St. John Weston was first part of St Philip’s Church on the west bank of the Humber River. The Rev. William Arthur Johnston began his ministry there in 1856, but the Rectory was not suitable for his large family, so in 1858 he bought three acres of land on Rectory Road in the growing community of Weston.  There he built a large house and a “Chapel of Ease” which he dedicated to St. John the Baptist. The Chapel served a duo purpose, a gathering place for Anglican worship and the beginnings of a private boy’s school. Remarkably, he not only designed and built the chapel but also carved the pews and much of the interior woodwork himself.  Trinity College School (TCS) in Port Hope traces its origins to this Chapel, developing from Father Johnston’s dream of creating a centre of education in the northern reaches of Toronto.

In the 1890s, it was decided that St. John’s was too far north of the centre of the Village of Weston. On March 8, 1894 the building was lifted off its footings and, it is believed, put on skids or rollers and pulled carefully over the snow out to and then south on Main Street, known now as Weston Road.

The chapel formed the wooden structure of St. John’s. The pews in the church were the original pews designed to seat the children of the boy’s school, and we are delighted that one pew has found a home at TCS, together with the original sanctus bell.

Through the years, St. John’s faithfully served the developing and changing community of Weston with a spirit of hospitality and welcome. Changing demographics of Weston brought many people of the Caribbean and other places around the world to St. John’s, and the congregation welcomed the Ghanaian Anglican Congregation and our Korean brothers and sisters in Christ as two other worshipping communities under one roof.

The people of St. John’s have always had a strong local outreach ministry. The Community Supper has been a mainstay for 20 years, serving an average of 53 guests every Thursday evening.  “ComSup” is now hosted by Weston Presbyterian Church.  Four volunteer teams – two based out of St. Mary and St. Martha and two from St. John the Evangelist Roman Catholic Church in Weston – still make it happen every week.

The people of St. John’s bring with them God’s gifts of radical hospitality, a compassionate heart for those in need and a lively faith to sustain it all. They remind us that the church is at its best when it is serving God’s mission in the world.

The Church of the Good Shepherd, Mt Dennis

Located at the busy intersection of Eglinton Avenue West and Weston Road, the Church of the Good Shepherd, Mt Dennis first served the growing population of settlers living and working in the Village of Mount Dennis.

It began in 1911 as a Mission Church of St. John Weston, meeting in a house on Brownville Avenue. Within a year, the Rev. M. Barrow was appointed priest–in-charge under the supervision of the Rector of Weston, and work on the church building at its present site got underway. The church was well and truly built, much of it by skilled voluntary labour.

In May 1912, the Rector and Churchwardens of St. John Weston made application to the Lord Bishop of Toronto to set apart the southern part of the Parish of Weston as a Missionary District called Mount Dennis.  Still connected to St. John’s and with the Rev. A.J. Arthur as its priest-in-charge, the congregation flourished, and the new church was officially opened and dedicated on February 1, 1915.  With financial independence assured by the support of the congregation, Bishop James Sweeney set apart the Mission District as the Church of the Good Shepherd, Mount Dennis, on March 4, 1919, appointing the Rev. A.J. Arthur as its first Rector.

Several years later, sufficient funds were raised to enlarge the church. Extension work began in 1948, completing the west end, lengthening the nave, adding a porch and an enclosed staircase. The Memorial Tower was also completed as the entrance into the church. Bishop R. Beverly dedicated the finished church on February 23, 1949.

The people of the Church of the Good Shepherd were known for their service to those in need in their neighbourhood. A soup kitchen operated from the basement in the difficult years of the Depression, a ministry that continued for many years.  With strong lay leadership, the church was a popular place for small groups to meet and for social gatherings. Girl Guides began in 1921 and within a few years Sparks, Brownies, Pathfinders and Cadets were all meeting at the church. Cubs, Scouts and Venturers met there, too. The theatrical productions of the Anglican Young Peoples’ Association were renowned, with the proceeds used for church purposes. The clergy of the Good Shepherd were known for excellent preaching, and the parish had a strong reputation for Christian formation. At one time the “Bible Class” had over 200 on the class roll, led by the Rector’s wife, Mrs. Arthur.

St. David’s story begins in 1923, when an interdenominational service was held on Easter Day in a small building located on Harding Avenue.  It soon became a Church of England Mission of the Parish of St. John, Weston and moved to the corner of Harding and Chiswick Avenues, where the congregation thrived from 1927 to 1936.  The growing congregation soon needed more space, and in June 1949 they settled on a new name, The Anglican Church of St. David. Within four years the congregation raised sufficient funds to complete the construction of a new rectory and church on the Lawrence Avenue site.  The Rev. Hope Surdivall was appointed the first rector of St. David’s in 1951 and the new church was dedicated on Friday November 6, 1953.

Serving a growing neighbourhood in the years following the Second World War, there were 300 children and youth in the Church School, and an active outreach ministry included support for indigenous people in Churchill, Manitoba and a local hospital visiting program.  A Lay Reader for many years, Joseph Scott, was instrumental in the establishment of the Weston Area Emergency Services (WAES) Foodbank, and this ministry continues today.

The post-war years were followed by years of demographic and economic change. During this period, the people of St. David’s sought common ground in the Gospel, in experimenting with different worship styles and in serving God’s mission here, near and far away. More recently a vegetable garden was been planted and tended by parishioners, supplying the WAES Foodbank with fresh produce in season. The congregation always knew they were the inheritors of a tremendous gift, a tradition of sacrificial service and a compelling, life-changing story about God’s unquenchable love.  They know what it means to reflect on a time when a few built something truly great for God. They continue to bear witness to the faithfulness of our God who satisfies every need and bears up our feeble frame.

The people of St. David’s bring to St. Mary and St. Martha a strong ministry of welcome and hospitality and steadfast confidence in God’s power working in us to do infinitely more than we can ask or imagine.

The Church of the Advent

Like the other originating parishes of our new congregation, The Church of the Advent originated as a church plant.  After becoming an independent parish in 1888, St. John’s West Toronto founded two missions. One of those missions was called the “CPR Mission,” and its aim was to serve the neighbourhoods in West Toronto north of the railway tracks. The new congregation first gathered in the home of Mrs. Innis on St. Clair Avenue near Runnymede Road. In the summer months the fledgling congregation would gather on her veranda and front lawn and, with her living room window wide open, she would accompany the joyful hymn singing on her piano.  This location was fondly called the “cottage church”.

Before long the congregation moved to Ryding Avenue not far from the C.P.R. roundhouse. Discarded wood from wrecked box cars tossed over the fence was used in the construction of the small Mission Church. In December 1914 the congregation moved to a basement church on Pritchard Avenue and by 1923 the church was a growing, independent parish.  The Rev. George Robert Bracken was inducted as the first Rector in February that year, and the newly constructed church opened on October 4, 1923.  The first service was in the season of Advent and so it made sense to adopt the name, The Church of the Advent.

Like many other neighbourhoods in West Toronto, York Township has been shaped over the past 100 years by changing demographics, municipal reorganization and a declining population as people searched for jobs outside the area. During this time there were years of sustained growth, with over 500 households on the parish list in the post-war years. In the late 1960s things began to change as families moved away from the parish in search of employment.  Nevertheless, newcomers to Canada found a warm welcome and the congregation remained steadfast in its life of worship, Christian formation, enduring friendships and dedicated lay leadership. A warm welcome and generous hospitality greeted everyone.

The people of the Church of the Advent bring these gifts to the amalgamated Church of St. Mary and St. Martha. No matter where you are on your spiritual journey a warm welcome awaits you in this new congregation, and that is in no small part because of the generations of Christians who were formed as part of The Church of the Advent.

St. Mary and St. Martha is a parish within the Anglican Diocese of Toronto.